A text conversation with Kelly:

Kelly: Grandpa wants to know if me and Lauren can go to Waldameer with all the out of town family today. He’ll pick us up.

Me: Yes, of course! Have fun! Be sure to say thank you.

Kelly: OK. Lauren is mad because she wanted to go to GetGo to get an Amazon gift card.

Me: What does she want to buy so badly?

Me: Why does she want vampire teeth?????

Kelly: She thinks she won’t be able to buy any cool stuff later when she’s older, so she’s buying it all now. 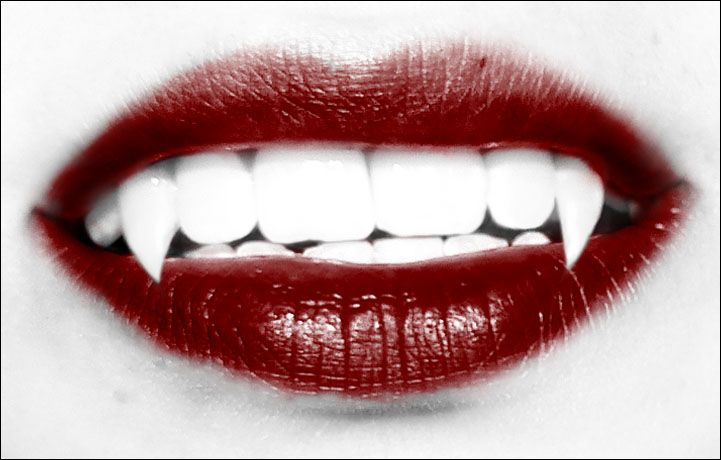 It was about 86 degrees and we had just finished our second round of bleachers, snaking up and down the 9,000 (at least it feels that way) silver steps lining the football field we work out in, on and around on Tuesday nights.

While we caught our breath, I mentioned to a friend that Lauren had a birthday coming up that week.

I could blame it on oxygen deprivation. My mind was simply unable to handle doing any sort of math at that point. But, I seem to get stuck on certain ages.

Like, in my mind, I’m 32. I’m perpetually shocked when I have to write my age down on a race entry form and think…OMG, am I actually 46? That’s very close to 50. Shit. When did that happen?

Every year my oldest brother and I compete in a duathlon — a run-bike-run event. He bikes, I run. We’ve both slowed down and I’m not sure I can even say we really “compete” anymore, but we do our best. Anyway…I just filled out the application for our team and when I wrote down his birthday I realized he’s going to be 60.

SIXTY. My brother is going to be 60 and that just blows my mind…almost as much as the fact that I’m almost 50, my mom is nearly 80, Kelly is almost off to college, and Lauren will able to drive a car next year.

They say that kids keep you young and in some ways, I suppose they do. But, in other ways, they make you feel very, very old. They are living, breathing and constant reminders that the years are going by.  In days, hours, minutes, and moments at a time. I’m sure you’ve seen those “rules for dating my daughter” memes like the one above and heard all the country songs about overprotective daddies waiting on the porch with shotguns. Perhaps you laughed or sang along…maybe you even thought those super-creepy purity balls where girls pledge to remain virgins were innocent daddy-and-daughter fun.

But, this kind of possessive patriarchal behavior and attitude has always struck the wrong chord with me.

Here’s why: my daughters are not the property of any man, including their father. It’s wrong to treat them like possessions and it’s just freaking sad to assume that they are a couple of silly little dumb bunnies who can’t decide what they will and will not tolerate from a partner.

I raised my daughters to be stronger, smarter, and more independent than that. They are not princesses to be doted on, guarded, and protected with threats of deadly force.

So I was happy to see this dad’s “updated rules for dating my daughter” making the rounds on social media last week:

I think Lauren does, too.

On a drive home from swim practice last week, she ticked off her top 6 requirements in a boyfriend/mate. They are (and I quote):

I was pretty impressed with her list of rules. I mean, she covered the bases, right? Food, shelter, fun, politics, and respect—proving my point that my girls can handle themselves.

Dan doesn’t need to protect our daughters with a shotgun because we’ve spent the last 14 to 16 years arming them with better weapons, like confidence, a strong sense of self, critical thinking skills, autonomy, and self-sufficiency.

P.S. For you moms of boys….you’ll probably enjoy this hilarious—but honest—reply to those “rules”  from a mother of boys.  I think she’s my spirit mom. We could totally be BFFs.

In the car, driving home from swim practice:

Lauren: You know, I been thinking that if the science thing doesn’t work out, I’m going to be a judge.

Me: A judge? You want to be a lawyer?

Lauren: No, not a lawyer. I want to be a judge.

Me: Well, judges are lawyers first. You have to get a law degree and work as a lawyer before you can be a judge. That’s lot of school…and a lot of paperwork. Not really your strong suit.

Lauren: I guess not.

Me: What makes you want to be a judge anyway?

Lauren: I’ve been watching Judge Judy and it doesn’t look all that hard, and I like to wear all black. I don’t know if I could be as mean as her though. I hope I never end up on Judge Judy, she’d hate me because I talk way too much.

Me: Yeah, I think you better stick with science and stay out of the courtroom.

This convo happened as most do with Lauren….with no apparent rhyme or reason…just out of the blue, as we’re driving somewhere:

Lauren: You know, I’ve been thinking about Dora, mom.

Lauren: Well, see…that’s thing I’ve been thinking about. She’s not much of an explorer because she always had a map. I mean, if you’ve got a map, then someone else has explored it before you and made a map. So, Dora is no explorer and that show was just one big lie.

Lauren: Mom, where do unicorns come from?

Me: What do you mean?

Me: They’re not real, Lauren. There’s no such thing as unicorns. They’re a fictional animal.

Hiking through the Allegheny National Forest recently, Lauren and I have this conversation:

Lauren: Hey, mom, I thought of a new way to cheat.

Me: What? You shouldn’t be cheating, or thinking about how to.

Lauren: No, but listen. You just write the answers upside down on your chest. Then, wear a v-neck t-shirt and look down.

Lauren: See, the teacher can’t bust you or they’d be inside trouble for looking down your shirt.

Me: If you’re that smart, you don’t need to cheat.

Lauren: I don’t need to, but I could.

On a recent hike through Jake’s Rocks in the Allegheny National Forest in Warren, Lauren scrambled to the top of a large rock outcrop.

Kelly: “Lauren, how did you get up there?

Lauren: “You just have to believe in yourself.”

A little set-up: I recently upgraded Lauren’s texting phone from Verizon (paying $40 a month fora texting phone) to a Smartphone at Cricket (Free phone, $30 a month unlimited everything), but I’ve yet to give her the phone because she’s missing a lot of homework assignments. So, yeah, I’m holding the phone hostage ….or dangling it like a carrot…whatever….a mom’s gotta do what a mom’s gotta do.

Anyway…occasionally, I let her play with it for an hour or so in evenings, hoping it might motivate her to get her work done so she can have the phone. Nope…it’s not really working. She may never get the phone, but…anyway…this morning:

Lauren: Mom, what do do with my phone that’s in your work bag all day?

Me: Nothing. I  just leave it in there.

Lauren: You should take it out and play Pokemon Go on it.

Me: I’m working at work.

Lauren: You can’t tell me you never take breaks.

Me: I don’t even know what Pokemon is.

Lauren: A smartphone is kinda wasted on you, mom.

Lauren and I were lazily paddling around Findley Lake late one Friday afternoon, when out of the blue:

Lauren: Mom, you know what I’ve been thinking about lately?

Me: I can’t even begin to imagine.

Lauren: I’ve been thinking about people from China who come here to visit America.

Lauren:  Do you think if they buy a souvenir in America and then get home to China and turn their souvenir over and see “Made in China” that they are mad?  Cause I think I’d be really mad if I was Chinese and I thought I was getting an American souvenir and then found out it was from my own country, you know?