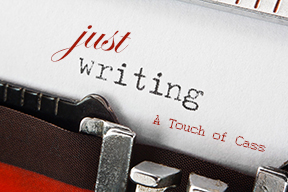 I grew up a latchkey kid in the 1980s with three brothers and an older sister. It was a different era, of course. Kids weren’t coddled the way they are today. Nobody cared about your feelings. There were no participation trophies and parenting was not the highest priority for adults back then. It was more like, keeping the kids alive, fed and clothed, you know?

So with four siblings, you learned pretty quickly to hide your feelings, project (false) confidence, and not let them get to you (seemingly). You definitely learned to protect your soft parts.

So I grew up to be stoic, probably to a fault. Example: I fell on a trail run in September of 2019 and I am still dealing with pain in my shoulder that wakes me up at night and I’m still refusing to acknowledge that it might be time to seek some medical help with this.

I ran into a friend recently at the pool. Much like me (she’s probably also a child of the late 70s/early 80s), she told me she’d had shoulder surgery recently. Her story is my story and she scared me enough that I’m going to have an MRI. I am, however, going to wait until January because I’m also practical and cheap and damn if I’m wasting that money toward a deductible that resets January 1. May as well go great guns in 2021 and maybe I’ll hit that magic number early and then everything is free, free, free to me.

But, I digress….back to vulnerability….

Brene Brown has made a career on vulnerability. She still hates it and I feel her on a cellular level with that resistance to admitting weakness, showing your soft parts (Um, that’s how you get hurt, man…) And yet, it occurred to me recently that it is vulnerability that forges the deepest bonds in my life.

I’m not sure one can be more vulnerable than being naked in a hospital gown and that’s just where I found myself with my new colleague just a few weeks after starting a new job in the marketing department at the newspaper. I’d had a car accident on the way to work, refused medical care and arrived at work with blood trickling down my temple and my proofs in hand because for fuck’s sake I had a special section to get out. (See….stoic to a fault).

My coworker was horrified and insisted on taking me to the ER to be checked out. I barely knew this woman and now I was sitting in an ER exam room with her going through my medical history.  We became fast friends after that. Thick as thieves. Reliable support for one another ever since, even now despite not having actually worked together for more than 10 years and not having worked in the same office for at least fifteen years or more.

When I was moved from the marketing department into the newsroom, I reluctantly inherited a designer. I didn’t want one. Until then, I had done all my own publications — writing and design and I liked it that way. But, to make more time for writing, they insisted I hand page design over to another person.

She was young and I was annoyed I had to work with her. I thought it was more work to explain everything to someone than it was to do it myself. It wasn’t that I didn’t like her as much as it was that I just didn’t feel I needed her. For whatever reason, my boss really didn’t like her. I was the reluctant and annoyed buffer. I kept her at arm’s length.

A few years later, she was married, had her first child, and came into work very upset. I said nothing, asked nothing. I heard enough to know the marriage thing wasn’t going well. I wasn’t a big fan of the guy. Her stupid mistake, I thought.

One morning, she asked to talk to me in the back parking lot (that’s where all the women went to cry because, listen, you could never let the men see you cry at the newspaper). She broke down: The husband had walked out. Never wanted to be married. Never wanted to have a child. Never wanted any of this.  She was devastated. Her pain apparent. Her vulnerability so raw and on the surface.

Everything changed then and there. Suddenly, she was mine to protect, my responsibility. I could no longer take a hands-off approach. I’d have her back now. I had to. And, I did.

It was the vulnerability. That messy moment endeared her to me forever. I’d seen her soft parts and felt obligated to protect them as my own.

I couldn’t and wouldn’t have ever told her in that moment (I have since then), but my first thought was: You just dodged a bullet, he did you the biggest favor ever. F*** that guy. You’ll be just fine without him. (Stoic me, you know.)

We’re still friends today. I still feel protective of her. The “little sister” I never wanted, but claimed as mine that day in the back parking lot. We’re not besties, but I’d still come out swinging for her if I needed to.  Don’t try me.

It’s taken me nearly fifty years to figure this out, but the people I am closest to are the ones I’ve gotten real with. The ones who know my soft parts. The one who have trusted me with their soft parts.  Many, but not all, of them are running friends because you can cover a lot of ground when running miles upon miles upon miles and all of that time spent together breeds intimacy. You end up revealing the things about yourself. Little things at first, then as trust builds — you get into the nitty gritty. It’s easier to do when you’re running, not looking anyone in the face.

I still hate revealing my weaknesses, admitting my faults, being vulnerable, but I’ve come to realize it’s where my real strength lies. It’s just easier to be honest and authentic, even if it means exposing your soft parts.

“Vulnerability is not winning or losing; it’s having the courage to show up and be seen when we have no control over the outcome. Vulnerability is not weakness; it’s our greatest measure of courage. People who wade into discomfort and vulnerability and tell the truth about their stories are the real badasses.” ~ Brene Brown.