There’s been a shift in the past several years where people, instead of setting New Year’s resolutions, pick a word for the year. You can learn more about the hows & whys here.

I’m a word person. So, of course, it always intrigued me, but I’ve never felt compelled to do it or that there was a word I needed to guide me in the coming year. Until now. Apparently, 2020 is my year to finally get on board.

This year, when friends on social media started talking about their words for the year and I, as always, pondered coming up with one of my own, one actually came to mind: Listen. 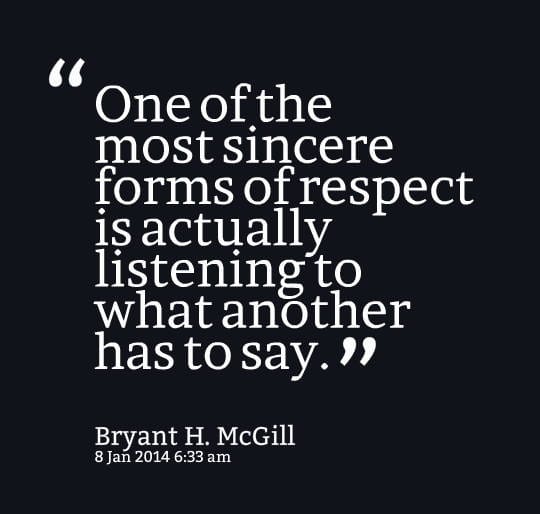 I don’t listen well. I never have.

I am used to participating. Jumping in. Giving my opinion or thoughts on everything. Interjecting with more information or just random “uh, huh, I see, or yeah,” to keep the conversation moving forward.

But, lately, I’ve noticed not every one does that. There are people who can listen to an entire story without every interrupting or interjecting or commenting. And, it’s sort of refreshing.

I know that the reason I’m “bad with names” is that I’m rarely actually listening to what the other person is saying. When they are introducing themselves or talking, I’m already in my own head thinking about what I need to say when it’s my turn to talk.

I never read comments on anything. (Though, I’d argue that harkens back to the thick skin I developed working in a newsroom when you learn there’s always someone that hates you and your work.)

I have trouble giving undivided attention to my family. I am frequently frustrated when Dan or the kids insist on talking to me when I’m trying to read or write something or sort through mail or figure something out. I try to hide it. I half listen. I miss a lot. I sometimes have to say: Wait, what? The annoyance in my face & tone is obvious to them even though I try to mask it. I know it hurts them because they just want my attention. They want me to listen to them for two minutes. It’s not too much to ask. It’s not.

I can’t stand lulls in conversation. I never could. I rush to fill any silences with words. I constantly and consistently reveal too much about myself in doing so. I’ve always hated that, making myself so vulnerable, exposing all my soft parts.

Even this blog post. I’ve just written six paragraphs about how I talk too much.

When I’ve managed to do this so far. You know, to shut up and not give my opinion or join conversations but to just sit there and listen, I’ve learned a lot. It gives me time to think about why people say what they do, what they are really trying to convey, and to hear the emotion behind the words.  It’s been enlightening and peaceful to choose to remain silent, listen and, hopefully, grow wiser.