I’ve Pet that Dog. Outside Magazine said this is the best thing to happen to Twitter. And, let’s face it, Twitter needs some good things, right. I’d follow her, but I had to delete my Twitter accounts because I could not stop responding to He-Who-Shall-Not-Be-Named and figured I’d better just stop before I end up on some GOP watch list.

My Quad swag. So, the Highmark Quad folks did something pretty cool this year. If you placed in your age group in any of the events, you received a gift certificate to spend on merchandise in the Quad gear store. I placed in the 5-mile run and I picked this hoodie because I have a sincere addiction to hoodies. It’s really soft and I love it, despite my frowny face.

Winter walks. Look, I was not happy about the nearly 9 inches that fell overnight on Friday, but thankfully, we didn’t have much going on that day so it wasn’t like we really had to go out in it. Though, I did because…who can resist a walk on the trails after a good snowstorm?  I strapped on my snowshoes and tromped around for two hours and worked up quite a sweat.

My dog was thrilled with the turn of events on Saturday:

GoFundMe “tip.” FYI, friends, if you contribute to a GoFundMe.com account, watch for the “tip” they add. It’s a default that adds 15% of your donation and goes to the GoFundMe people, I guess. I will say they quickly removed it when I complained. So, they do get points for that. 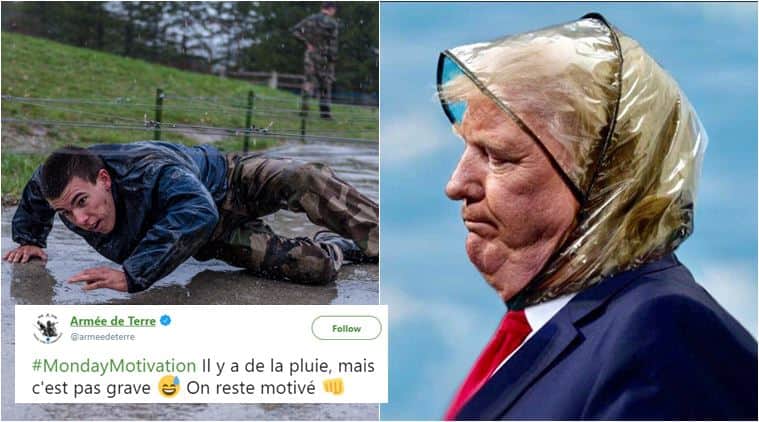 Our snowflake in chief. Who is the snowflake now? He can’t go out in the rain? Because it will mess up his hair? Our servicemen and women do….they’ve died in it…they’ve fought it…they LIVED in it for months in Vietnam. He wouldn’t know anything about that though because: Bone spurs. #coward