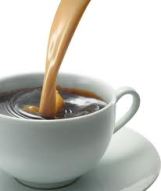 Chocolate Cherry Coffee. The Giant Eagle GetGo near me has a new coffee flavor—choclate cherry coffee—and initially I was like…um…no. But, then I tried and it was surprised to find I actually like it, maybe even more so than the Salted Caramel.

Hey..remember that time this guy said this? (Karma’s a bitch, eh, Mike?)

The 45 shit show. Not going to lie, I am deriving a sick amount of pleasure from watching puffy, angry 45 and all his old, angry, white, male minions fumble, fight, and point fingers all over the place. We all knew he was incompetent. Now, after weeks of missteps, unlawful orders, and senseless twitter rants against every perceived “enemy” (the courts, Hillary, Obama, voter fraud, the NY Times and Washington Post, Nordtroms, and our own frickin’ CIA)…it’s pretty clear 45 is in way over his head. I bet he wishes he were still in his gold palace in NYC, eh?

Winter frosting.  I’m not a big fan of running in snow, but that soft kind of snow that layers every single twig and branch sure does make for a beautiful world.

Swimmer’s ear. Poor Lauren has double “swimmer’s ear” infections. This means no practice/swim for a while and earplugs and post-swim drying drops when she gets back in the water (hopefully) next week. After several days of drops, she’s finally starting to feel better. (Earaches are ridiculously painful, I know).

Itchy sweaters. I have a thick winter sweater that I love because I like the way it looks and fits, but…it’s itchy and even if I wear a tank top below it to minimize sweater-t0-skin contact, I still want to rip it off by 2:30 p.m. I should probably just give it away.